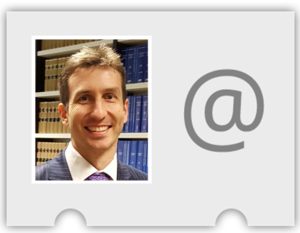 Year of appointment as barrister: 2015

Jeremy was admitted as a solicitor in 2004 and has broad experience across many areas of law.  Shortly after admission, he operated his own small business and acted as in-house counsel for a State Authority. He has also worked in management for a construction firm, dealing with workplace relations, OH&S, contract negotiation, tendering and compliance matters.

Jeremy moved to the UK in 2007 and worked for Freshfields Bruckhaus Deringer LLP, a “Magic Circle” law firm in London.  He predominantly worked in the areas of construction (both front-end and litigation) and finance, with a particular focus on asset finance (aviation, shipping, rail) and property finance.  Jeremy’s time in London included a year’s secondment to the Bank of England.

Jeremy returned to Brisbane in 2014 for family reasons and was admitted as a Barrister in 2015.

Since coming to the bar, Jeremy has obtained experience across several jurisdictions (QLD, NSW, ACT, Federal) in areas including:

Cases Jeremy has appeared in (as junior) include:

Jeremy has also published an article in Precedent magazine on the admissibility of evidence sourced via the internet: In or out?: The inadmissibility of ‘internet-based’ evidence. Precedent (Sydney, N.S.W.), No. 132, Jan/Feb 2016: 34-37.