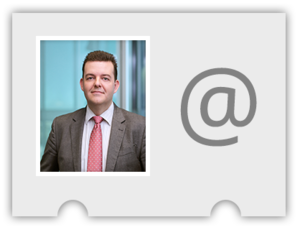 Year of appointment as barrister: 2013

Chris completed a Bachelor of Laws/Bachelor of Applied Science (Medical Biotechnology) degrees in 2001 and was admitted as a solicitor in 2002. He worked part-time in general practice and large scale litigation and commenced working in the Office of the Director of Public Prosecutions in 2003.

Between 2003 and 2014 Chris worked as a prosecutor and ultimately as a Senior Crown Prosecutor, running large-scale and complex trials and hearings, primarily in the Supreme and District Court, including involvement in a number of notable prosecutions. In 2012, Chris completed a year on secondment at the Office of the State Coroner as counsel assisting the Regional Coroner, a position designed to handle complex, sensitive and protracted inquests or inquests involving significant expert evidence.

In 2014 Chris went to the private bar. Chris’ speciality is complex trials, particularly involving detailed, lengthy or complex investigations into drug or major crime matters and trials involving detailed expert evidence. He has a particular interest in and qualifications in expert genetic and DNA evidence and has experience in complex, large-scale and significant inquests in the Coroner’s Court. Chris’ advocacy and ongoing trial experience assists particularly with Family Court and Federal Circuit Court matters, as well as large and small scale criminal and other matters in the State Courts. Chris’ background also assists with statutory prosecution, as well as Federal contravention, enforcement and contempt proceedings.