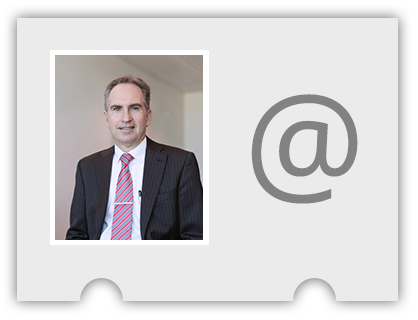 Year of appointment as barrister: 1996

This Availability Calendar is not linked to the Outlook Calendar so it is not possible to book or reserve dates through this page, it is merely used to ascertain Brett’s availability.

Brett Charrington has been in private practice at the Queensland Bar since April 1996. After initially conducting a diverse practice that included commercial, family, tort and criminal law, he has specialized in common law/personal injury litigation since 2000.  His particular areas of specialty include dust disease litigation, institutional child abuse litigation and assault cases involving state employees such as prison officers, hospital workers and police officers.

Brett regularly conducts trials and contested applications in the Supreme and District Courts and appeals in the Court of Appeal. He has appeared in the High Court of Australia, the Supreme Court of Victoria and in two Commissions of Inquiry/Royal Commissions (Equine Influenza 2007/2008 and Aged Care 2019).

Brett has been listed by Doyle’s Guide as Preeminent Junior Counsel in insurance litigation in 2016, 2018 and 2019.