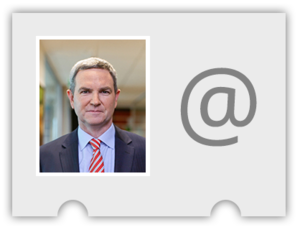 Year of appointment as barrister: 1995

Michael Nicolson is an experienced trial advocate. Born and educated in Townsville, he spent 19 years employed in the Department of Justice commencing work in the Supreme Court and then in the Office of the Director of Public Prosecutions.

Michael was admitted to the bar in 1995. As a Principal Crown Prosecutor, first for the Queensland and then Commonwealth Office of the Director of Public Prosecutions, he appeared in many major criminal trials in the District and Supreme Courts and regularly appeared in the Court of Appeal and Mental Health Court.

Michael commenced at the private bar in January 2009. Michael is an experienced junior Counsel who has appeared for many government departments, disciplinary bodies, companies and individuals in the Criminal Courts of Queensland. He has an expertise in hearings brought by way of complaint and summons and has regularly appeared in coronial inquests, Commissions of Inquiry and Statutory Tribunals.

Michael has also developed a wide Criminal Defence practice in all courts of Queensland and has recently appeared in high profile cases in the Supreme Court and Court of Appeal.